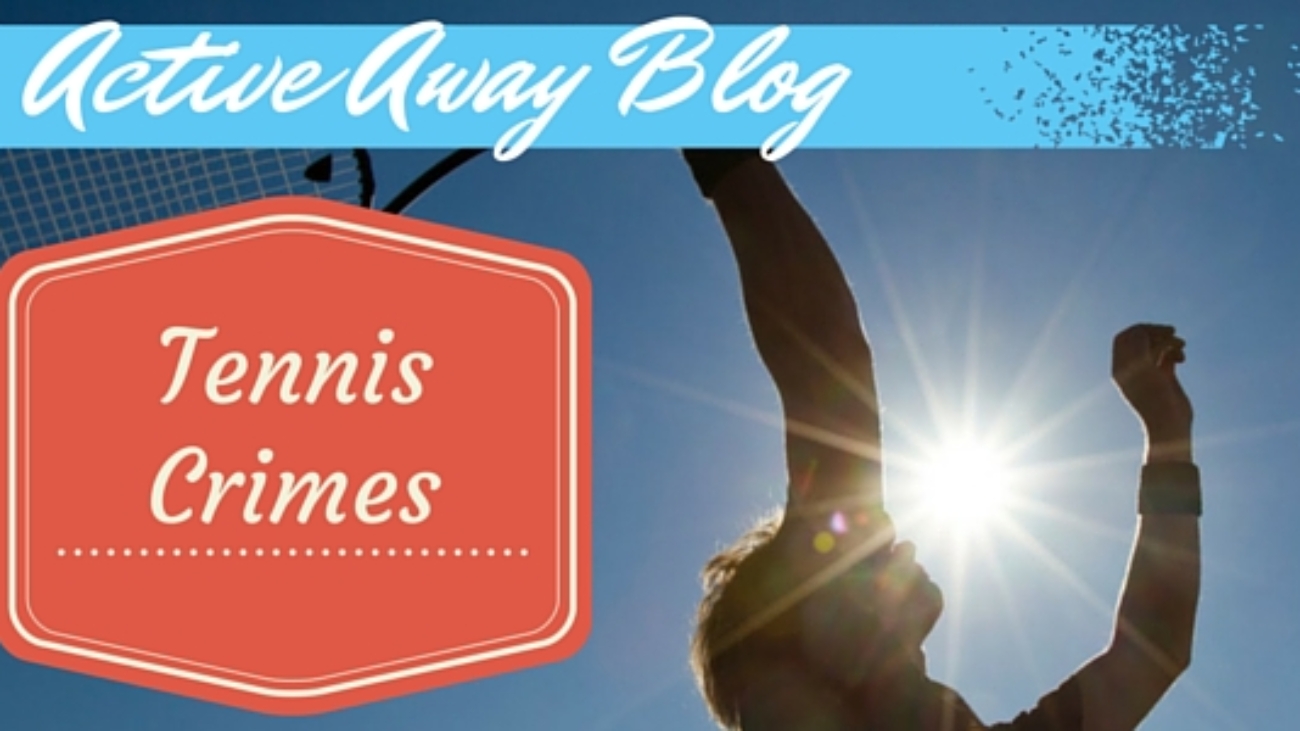 Hi everyone and welcome to part three of our Tennis crimes Blog, I hope you are all enjoying them and getting the chance to practice guarding against committing the crimes!!

We are going to start this weeks tennis crime by painting a really clear picture.

You’ve hit a crushing forehand down the line allowing yourself to stride into the net ready to put away the inevitable ‘easy’ volley… however, here comes the problem, you’re playing against the most annoying player you can play, the dreaded “hacker”. He scrambles to the forehand and strikes the ball high in the sky… and in here lies the crime, its something we see time and time again on our tennis holidays, the net player has moved forward still looking proud of the previous forehand they hit but you forget to move, the ball goes high up above your head, somehow your feet suddenly feel like they are stuck in super glue and the rest of your body moves in slow motion.

Then comes the crime, despite being in a terrible position we still try and hit the ball as hard as we possibly can, the ball (if indeed any contact is made) goes flying at 200mph over the back fence and bounces away down the road.

So why do we see this happen so much on our tennis holidays, firstly we believe part of the problem is in the name! The name SMASH implies that we have to hit the ball as hard as we can, this simply isn’t true, a shot hit from overhead could have any tactical intention completely dependant on the ball you receive.  You could indeed be defending a ‘smash’.

So here is a drill to help you with your overhead shots. 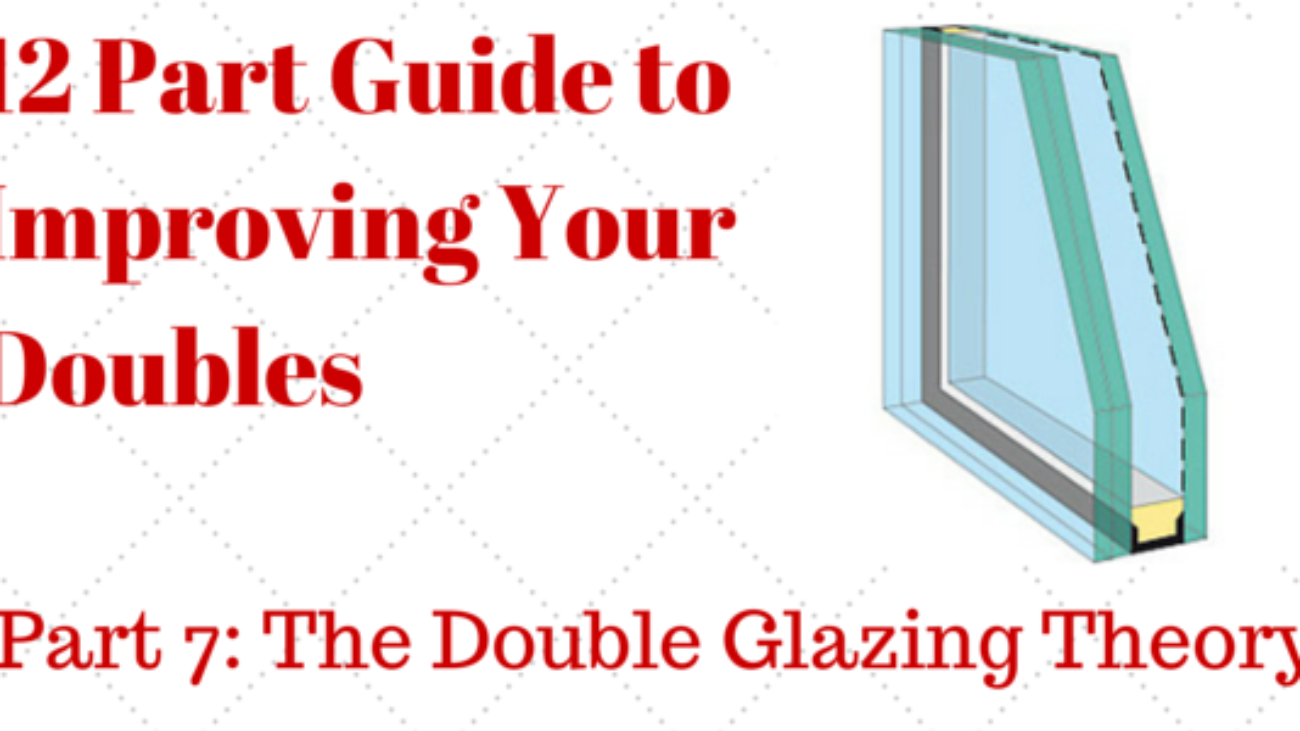 If you have been away with us before, you are almost certainly going to have heard us talk about this.

Steve’s family used to run a very successful double glazing factory in his home county of Staffordshire. We developed this technique to help improve your volleys while Steve was attempting to upsell some double glazing on one of the holidays – just kidding 😉

In part six we talked about improving your lateral movement to help to move better as a team, if you haven’t read part 6 or would like a recap you can read it by clicking here. Today we are going to give you some tips on how to improve your volleys. To do this you have to use a little visualisation.

Volleys are technically the most simple shot to learn but one of the hardest shots to master.

We often find that one of the main issues people have with their volleys is that they try and do to much with them. They try to swing to much and generate to much pace, this has a couple of consequences.

The basic principle of our double glazing theory is to imagine that you have a pane of glass running through the middle of your body running from shoulder to shoulder all the way to the floor, you then visualise another pane of glass about 1ft in front of you with a pocket of air in between. Got it?

To volley successfully try to always keep the racket in between the glass. The exception to this maybe on a high volley with no pace when you need to inject a little pace in to the shot. 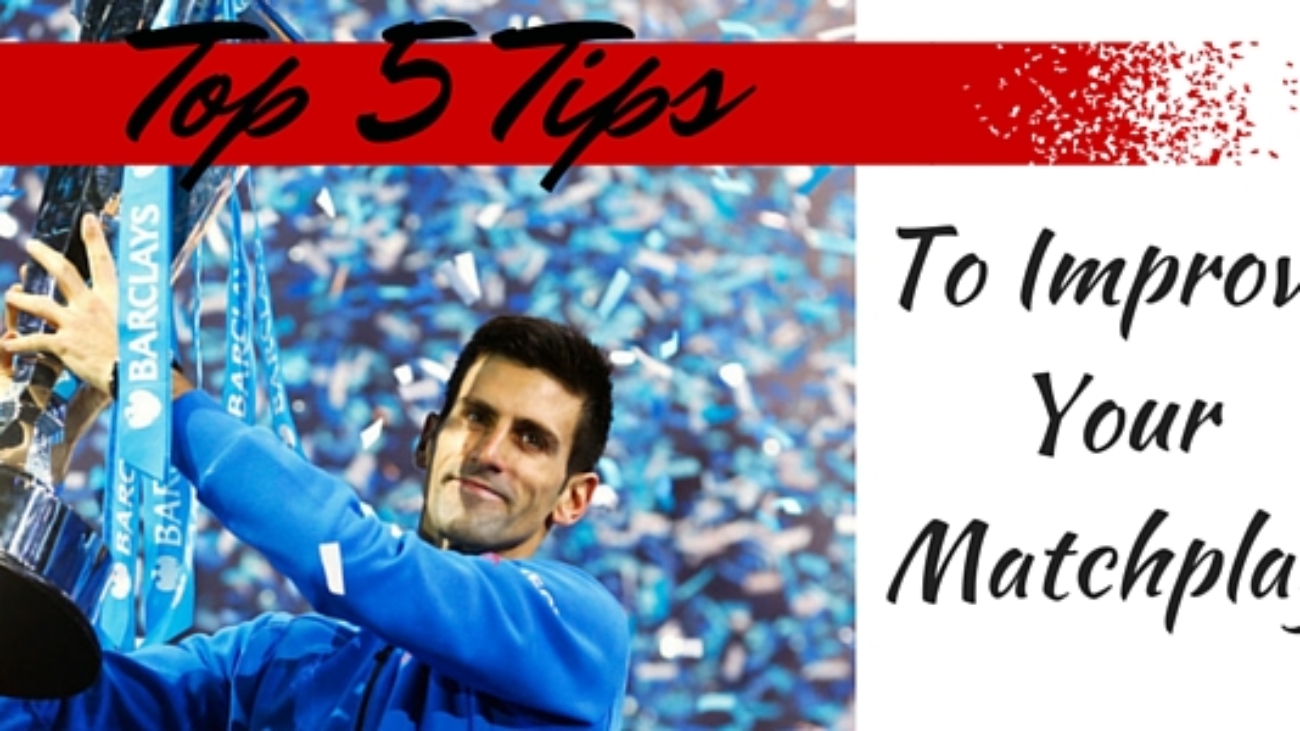 Using the skills you learn in practice and implementing them into a match situation is the toughest thing to achieve in tennis. A variety of factors can hinder your performance such as nerves, tactics or lack of confidence. To combat this we have put together our top five tips to help you unlock your potential in those tough matches!

1. Working out your own and your opponents strengths and weaknesses

It is key to know your main strengths as a player so when you play a match you are then able to give yourself the best opportunity to use them e.g If your strength is your forehand you should be looking to use this shot as often as possible. As soon as you step on the court and begin warming up with your opponent you should be analysing their strengths and weaknesses. Once identified you can then use your shots to exploit their weaknesses and neutralise their strengths

2. Staying in the present mentality

In tennis it is easy to let your head drop when things are going badly. It is vital to remain positive at all time – focus on one point at a time and try to visualise yourself winning each point. Trying to remain positive will really help to raise your game and losing your PMA can cost you a match. If you lose a point its in the past, there is nothing you can do to effect it. If you think about the future your brain will run away with you. Focus on the here and now, stay positive and make SMART decisions.

Be SMART with your shot selection. Don’t rush for a winner, build the point and wait for your opportunities to arise in the point.

Always play the percentages, when things aren’t going your way think of the basics – am I hitting the ball high enough over the net? Am I hitting with enough length

In a match situation you need to be able to mentally ‘get inside’ your opponents mind to help influence how they play. You should then pounce on any mental frailties they exhibit – for example if they are struggling with their second serve you should then stand closer to the service line to apply further pressure.

So next time you have a match and you find yourself struggling think back to these 5 points and ask yourself whether you are truthfully implementing them!

Hi everyone and welcome again to part 2 on our ‘tennis crimes’ series.  On our tennis holidays I think back to what the most common request to improve people’s tennis is, while occasionally people would like to be able to send down a 150 mph rocket 1st serve or learn to craft a stunning slice backhand fizzing off the court, the overwhelming favourite request is “I’d like to be more consistent” or “I’d like to make less errors” both fantastic things to work on, if we as tennis players can achieve these then we will most definitely be collecting more points and winning more matches !!!

“If you fail to plan, you are planning to fail! – Benjamin Franklin”

So what does consistency really mean?

Well for us at active away it can mean a lot of things, I could in theory be consistent at hitting ‘lights out’ winners down the line, however in the long run its probably not a tactic that will pay off. So here’s the crime were going to be looking at today. On our tennis holidays you will often hear the coaches ask questions such as “what were you trying to do with that shot” and here comes the crime……….

“I have no idea what I was doing”

Well if we don’t know what we’re trying to do with the ball the likelihood is that it won’t be doing anything positive. This is often when we find he ball hitting the side fence or even when we start losing balls.

So how do we plan what to do with the tennis ball? Firstly it goes without saying that this is a difficult skill that can take years of practice and repetition. There are an awful lot of factors that can influence what we want to do with the ball and we only have a split second to make the choice, but here are a few to consider.

Here’s a really simple drill to help you put this in to practice, split every shot you hit into one of three categories; Defend, Rally, Attack.

This will help you understand your strengths and weaknesses as well as improving your decision making process at the same time. In time this will become much more natural, of course Andy Murray doesn’t say “DEFEND” as he chased back to scrape a ball off the baseline but I can guarantee it was something he worked on extensively as a junior making him one of the best tactical players in the game.

So remember on our tennis holidays. The coaches will be asking you “what were you trying to do with that all” if you answer with “I was trying to attack but It was the wrong choice” we can forgive you but if the answer is “I don’t know” you have committed a tennis crime!