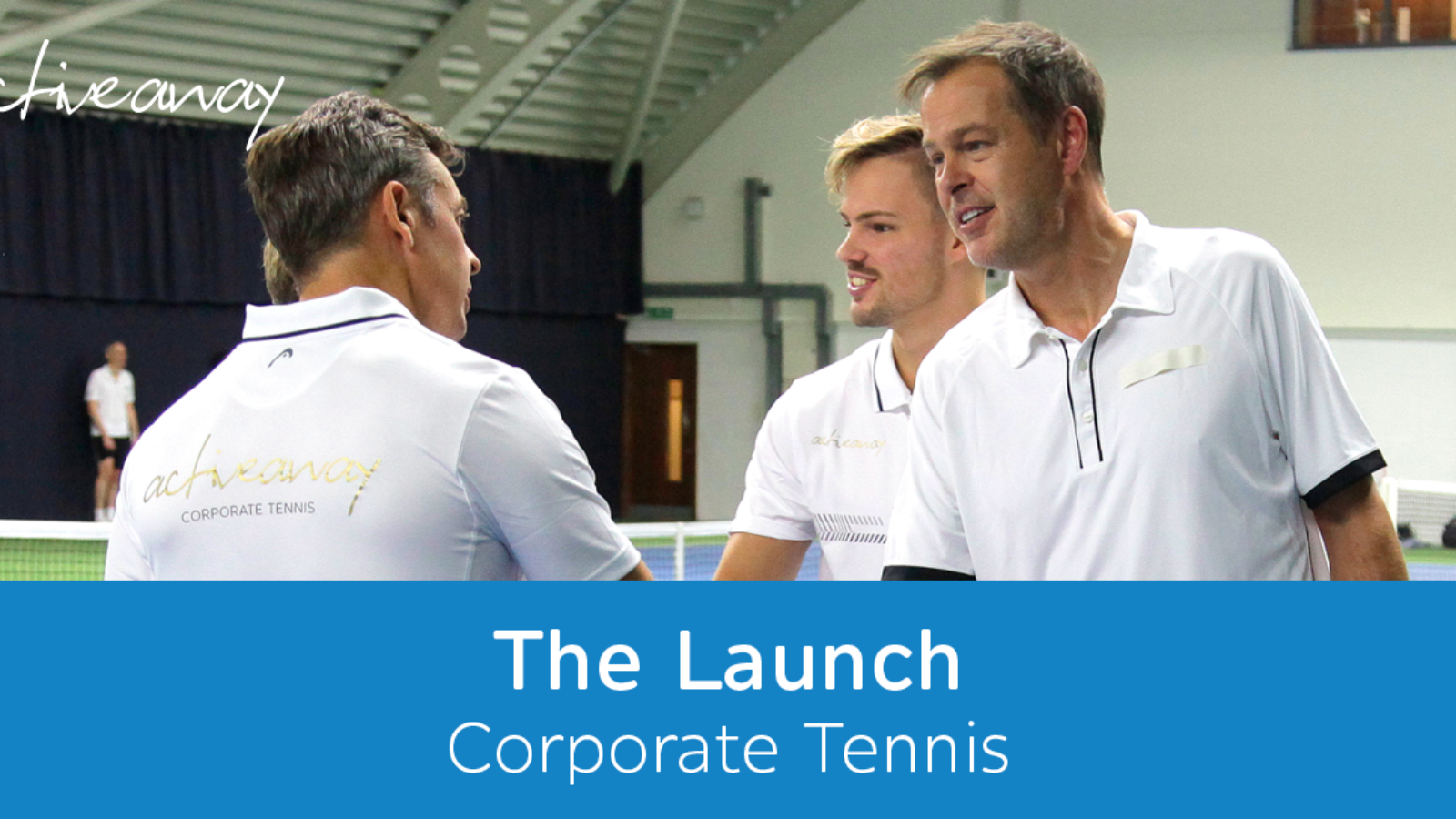 by Josh Thompson Coach
This Wednesday marked an important date in the Active Away diary for several reasons. Firstly, it was the launch of our Corporate Tennis Events, an occasion attended by a variety of highly regarded figures from a wealth of professional backgrounds. Secondly, the launch coincided with our filming with the BBC for Pitches to Riches, their popular follow up show to Dragons Den. The day began with a light brunch and a chance to get to know everyone before guests were treated to a hilarious performance by impressionist Josh Berry, who served up impersonations of Federer, McEnroe, Murray and more! With everyone here and in good spirits, it was time to hit some balls and all the guests made their way to the courts for a fast paced morning session focusing on doubles gameplay and tactics led by Josh, Charlie and Sean. As always, the team brought a fantastic energy to court and it was great to see so many smiles and such a positive atmosphere as everyone really bought into the session. For Steve and Matt, the morning began with an interview in front of the cameras, discussing Active Away and the progress the company has made since its Dragons Den appearance. After this, the BBC wanted some on court action shots and with this being the follow up show to Dragons Den, what better way to do this than set up a doubles match between Steve and Matt and Dragon investor Peter Jones and his son, Will. A personal highlight of my day was watching this doubles match as not only was it really interesting watching the BBC at work courtside but it was also nice to see Peter and his son having such a great time on court and experiencing what Active Away is all about.